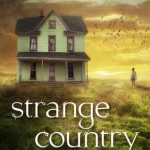 Hallie is settling into life in Taylor County, South Dakota. She’s survived a trip to the underworld and she has a ranch to run, and she’s waiting, not very patiently, for the other shoe to drop. Death will return. He always does. And Hallie knows that this time could be the final meeting she dreads.

Meanwhile, deputy Boyd Davies gets a late night call to investigate a prowler. An hour later, a woman is dead, shot and killed by a bullet from a high-powered rifle. It soon becomes clear that the killing is far from over, that ever small town has its secrets, and that Taylor County’s secrets are stranger than most.

Coming home isn’t easy. When you combine your home coming with harbingers, ghosts, strange magic and Death, it can be downright deadly.

Okay, yes, a nice conclusion to the trilogy. Not surprised! I trust Coates to write a good one.

Anyway: Things that made me happy —

I’m glad Maker is back. You remember Widow-Maker, the black dog from the second book? I re-read that one, too, and enjoyed the re-read very much. I had forgotten nearly everything about the plot; what had stuck in my head was lines of dialogue and things about the relationships. That’s unusual for me, but so it was. Of course I remembered Maker, though!

And I liked how it worked out between Boyd and Hallie. Also, glad to have the loose end with Beth tied up. That was a nice dilemma to pose: when it is okay to help someone (an adult) do what she desperately wants to do, when you think she might be making a big mistake? When is that not okay? Should it influence your decision if it would be thoroughly convenient for you personally if she would do this?

I continue to really enjoy Hallie’s father. Tough to write a guy like that, but Coates does a great job. Hallie knows that a pat on the shoulder from her dad is like a hug, that when he says “See you for dinner,” it’s like saying “I love you.” Yeah, Hallie’s father is still my favorite secondary character. He has been from the beginning.

Oh, yeah, of course I liked Laddie’s dogs. Naturally. Coates is a dog person, so naturally she gets the dogs right. I don’t think those dogs are really crucial to the plot, but I like them.

Things that didn’t bother me —

I did think it was rather obvious who the shooter was, not from the beginning, but from the middle.

I wondered why Hallie didn’t check out that spot in the Badlands earlier.

There were times when I was like: You left the gun in the truck?

But I enjoy the setting and the characters too much to be bothered by details like that. I get that we are probably done with the major overarching plotline, but I would be happy to read another book in this world, and no doubt another after that. I’ll have to ask Deb Coates what she’s working on now. 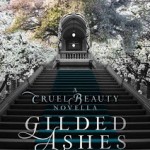 I don’t really like the back cover copy, so here’s my abbreviated and somewhat re-designed version: A romantic and fantastical reimagining of the classic Cinderella tale … Maia doesn’t see the point of love when it only brings pain: Her dying mother made a bargain with the king of demons that anyone who hurt her beloved daughter would be punished; Maia must always pretend to be happy, or else they’ll all be sent mad by the curse.

Wow, this was a beautiful and clever story! I love love love this idea of Cinderella! Always cheerful and smiling despite her not very enviable circumstances, and why? Because the ghost of her dead mother has to be persuaded she’s so happy.

I loved Maia’s relationship with the duke’s son, I love how her stepsisters are presented, and I was *very* relieved at the ending. No one escapes from the consequences of their choices, but it’s a happy ending, even so.

I initially got “Gilded Ashes” as a way to better guess whether I’d love CRUEL BEAUTY. After reading the novella, I did indeed immediately pick up the novel.

Which I will read, sigh, later. But I’m looking forward to it!

A good beginning to July, and I’m happy with the progress I’m making with KERI, too! But I’m starting to worry about thinking of a title for it, and so far I hate everything I’ve come up with. Ugh, titles.