Here’s something pretty snazzy: Looks like BLACK DOG was the third best-selling trade paperback in May’s list, according to Locus. How about that?

So go me! I’ve read Miss Peregrine’s Home, and while it was okay, I did not realize going in that it was just setting up a series. I actually liked it better before the main character found out more about what was going on, too. Very neat use of all those pictures, though.

I believe the data that went into compiling these lists was from February, meaning the month BLACK DOG was released. It would be nice to think it will still be on the list next month, but I don’t know how likely that is. Still, good news!

May’s been a good month so far in other ways. I’ve gotten pretty far with my current WIP (KERI, if you’re keeping track); I’m at about 45,000 words, which might be as much as half done, depending. A good rule is everything takes more pages than you expect. As far as that goes, I sent my agent, Caitlin, the first 100 pages a few days ago and she just sent me comments. Too repetitive. I knew that, actually; that’s something she wouldn’t have seen if I had written the whole thing and then polished it up before I sent it to her. Can we see more of the main character’s backstory, can we get to know her a bit better? Hey, probably that’s a good idea! Too slow to start, can we get to the main problem faster? Yes, yes we can, so I am revising now rather than pressing forward. Re-ordering events is a tedious exercise, I must say. But the main problem is that I really prefer revising to writing new scenes (usually), so I’m not sure it will be easy to start moving forward once more after dealing with this revision. Oh, well.

This is the first time I’ve ever sent anybody a chunk of an unfinished work, and let me just say, it’s weird. In some ways I’m glad to get those comments now, and in other ways, it makes me uneasy to let anybody comment before I have a completed ms. Well, it’s good to know that Caitlin isn’t all, This isn’t working, start over.

And she says she will have comments about KEHERA soon, too. So there will be a need to switch back and forth between projects, hoorah.

Basically a good month, though, and that best-selling trade paperback thing is the kind of practical feedback that makes me want to go write stuff. Did I mention YAY!? Because YAY! 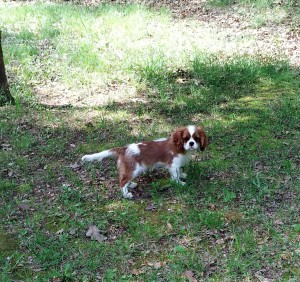 4 thoughts on “Nice moments for a writer”