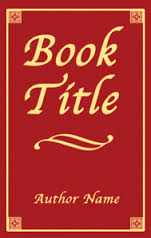 Yes, no title yet, obviously no cover yet, but The Contract has been proposed, negotiated, altered, agreed upon, and signed. Yes, I did read through the whole thing, and yes, I am glad I did not have to negotiate anything about it myself. Agents, yay!

So I can now tell you all that YES, I will have two new YA fantasy titles coming out from Random House, the first in 2016 and the second in 2017. Ah, YA, where the contracts stretch out into the distant future (or at least 2017 seems distant to me right at the moment).

I will be finishing the first manuscript (working title KERI) this summer — the due date is technically September 15th, so I will be aiming to finish the rough draft no later than August 1st, which means a pretty intense June and July. But I have written fast before and I’m confident I can do it again.

I will be writing the other next year, and although we haven’t decided on exactly which project will go forward, I don’t expect to have any trouble writing fifty or a hundred pages for Michelle (my editor) to take a look at — preferably I will actually ALSO get that done this year so Michelle can see whether she likes it and I will know exactly what to work on next year.

Lots to do, lots to do. I am having oh-my-God moments when I think about it all — but I do think everything is in good shape as of this moment — BLACK DOG short stories, check; H of S sequel, mostly check; KEHERA, check; and now KERI is the big thing to prioritize.

Now, as you may recollect, Random House is the one that brought out CITY IN THE LAKE and THE FLOATING ISLANDS, so you may be wondering about the possibility of sequels. So I will just mention here that the RH marketing department specifically requested two new stand-alones that will not be connected to each other or to the previous books I’ve written for them.

I actually feel that CITY is finished. I like its somewhat ambiguous ending. I don’t expect ever to write a sequel for it. But, in case you are curious, I do expect one day to write a sequel to ISLANDS, so you can expect that to appear eventually. But it is not something that I will be working on this year.

Anyway, it’s very exciting to finally be able to make the announcement!

10 thoughts on “At last! A special announcement!”