So, the other half of my post, this time with a quite different emphasis, as you see. These posts going up for AKH Week contain quite a few references to AKH’s female protagonists, which, yes. But it was definitely Aristide Couerveur who captured my eye and attention and heart most strongly in the Darest duology. So I wound up focusing in this post more on the male lead characters, and that turned into thoughts on the heroic tradition in fantasy and AKH’s interpretation of that tradition. Thus this post.

So, Aristide Couerveur, from Champion of the Rose and (more) from Bones of the Fair.

Aristide Couerveur has got it all: moral resolution, commitment to duty, competence, intelligence, self-possession, emotional discipline, generosity of spirit. This is the kind of male lead I most appreciate. I appreciate all these qualities in a female lead, too, don’t get me wrong. But I think this is more of a paradigm for male heroes, reaching straight back to very old fashioned ideas of heroism. I mean, think of Shane. Except that the hero of the classic Western isn’t a part of society; he comes in from the outside, remains outside normal society throughout the story, and at the end, leaves again. That’s not generally the case for Andrea Höst’s heroes, who instead (usually) get to share in the happy ending.

It’s not like I was a lit major, people. Biology all the way. So I’m not going to pretend to be any kind of expert on literary conceptions of heroes or anything. But: I think we all pretty much understand what is meant by the “classic” hero versus the “modern” hero. Right?

Like, the classic hero is courageous and noble, selfless and kind to the weak (in sometimes rather a condescending way), physically strong and capable of remarkable physical feats. He defeats external threats that could never be overcome by a normal person. Unlike the tragic hero, whose fatal flaw leads to ultimate failure and tragedy and whose story serves as a lesson for the ages, if the classic hero has a weakness, he overcomes it. You can expect the classic hero to succeed against terrible odds, snatch victory from the jaws of defeat, and leave the world a better place when he’s done. 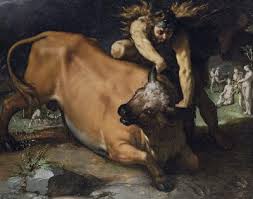 The thing is, if not handled just right, a classic hero may seem a little much of a muchness to a modern reader. I’m thinking here of Chevenga in Lion’s Heart and Lion’s Soul by Karen Wehrstein I actually enjoyed these books quite a bit, but then I have a high tolerance for over-the-top perfection. And even for me, Chevenga was a little extreme. I haven’t re-read those books in years, and the over-the-top perfection of the hero is probably why.

But the antithesis of the classic hero is way, way worse. I mean the modern literary hero, or antihero: the man whose attention is almost entirely inward, whose battles would all be internal except he is too consumed by ennui to bother fighting any kind of battle, who is disconnected from any sense of conventional morality because he is contemptuous of convention and morality and, therefore, of nearly everyone. I mean, the kind of brooding, moody, depressive “hero” who thinks himself an iconoclast because he glorifies his own dissatisfaction, who finds no meaning in life and scorns those who do, and who admires only a handful of other profound souls who are likewise elevated above the common herd by their amazingly sensitive sensitivity. 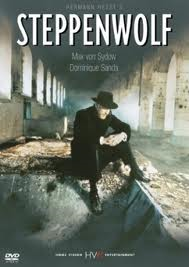 Thank heaven you don’t find many modern antiheroes in adventure SF or high fantasy, because ugh. Other kinds of antiheroes in grimdark, of course; actually antiheros who are just villains, and ugh again.

In contrast, Andrea Höst’s heroes are exactly what I most prefer. They’re like classic heroes, only with more of an internal dimension and more connected to real life. They’re heroes, but their heroism is the kind anyone can aspire to. It doesn’t take being the son of a god or whatever. It takes moral resolution, commitment to duty, competence, intelligence, self-possession, emotional discipline, and generosity of spirit. And when they’re done, the world is a better place. I think that about sums it up.

Höst uses variations on that theme all the time, with emphasis on extreme self-possession – actually, her protagonists would test on the extreme end for all those traits. Not just Aristide Couerveur. Look at Keir Ieskar and Illukar las Cor-Ibis from the Medair duology, Koaren Ruuel from The Touchstone Trilogy, even Fisher, more or less, from And All the Stars. This is one of the reasons I love her stories.

Matching guys like this up with women who are worthy of them is quite a trick. Höst pulls that off, too. She has to, because a male hero like this works best not as the protagonist, but as a foil to the actual pov protagonist.

In The Bones of the Fair, Gentian Calder is a great protagonist. She herself is all about moral resolution and generosity of spirit. And endurance. Everything about her curse is *actually worse* than it first appears, and yet here she is. It’s the same with Medair in the Medair Duology, with Cassandra in the Touchstone Trilogy, with Madeleine in And All the Stars. In every case, the reader is invited into the story via the pov of the female lead, who is strong and complex, but more approachable, more someone the reader can relate to, than the male lead. Which, not coincidentally, also allows the author to leave the male lead’s thoughts and motivations opaque to the reader, allowing her to develop some kinds of tension that would otherwise be lost. We get the same kind of technique in Dorothy Dunnett’s Lymond series, for example; and in fact Lymond shares that whole raft of characteristics with Höst’s male leads. So does Shevraeth in Crown Duel / Court Duel. So does Ben Hammond in An Alien Music. It’s not a coincidence that these are all heroes who particularly appeal to me, or that none of them are the pov protagonist for their respective stories.

So, yeah. This actually is something that goes right past the actual writing and narrative structure – though those qualities matter, too – and straight into specific ideas of heroism which serve as a foundation for storytelling, tropes that are either going to appeal to readers, or else not. For me, the voice of each of Höst’s female protagonists matters a great deal. All of her protagonists pull me into the story, all of them are relatable – especially the contemporary voice of Cassandra in The Touchstone Trilogy. But I think that one important quality that lifts Höst’s stories above so many others is this particular concept of what makes a great hero.

9 thoughts on “Andrea K Höst and the Heroic Tradition”