Okay, waiting to get THE SHATTERED PILLARS, which will probably arrive while I’m gone for this weekend’s show, which means I won’t get to read it till Monday. Which is unfortunate! Because having finished RANGE OF GHOSTS, I can tell you that the first book does not stand alone. I don’t know that the second book will, either, but hey, I’ll chance it.

The carrion-king: creepy, isn’t he? I actually sort of like scorpions, but I’m not keen on how he’s set up poor Edene as part of his Scary Plan, whatever that turns out to be.

Love Temur. Love his magic horse, who is handled far, far better than most magic horses in fantasy. It’s only toward the end that we become pretty sure that yes, she is magic. She is clearly an Akhal Teke, btw. That is plainly the real-world breed on which the steppe ponies are based. They really do often have a metallic sheen to their coats, thus: 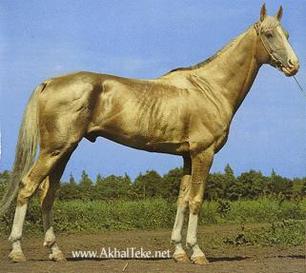 See the long flat muscles, the lean build? The metallic sheen is in fact created by the structure of the hair; the opaque part of each hair is reduced, the translucent part makes up more of each hair; thus the sheen. This is a fascinating breed and it is so cool that Elizabeth Bear did her research and made the horses fit the landscape.

The dogs, too. The working dogs she described are matted, which in fact was an asset because the heavy felted or corded mats protected them from wolves and weather, but here’s what those big sheep-guarding dogs look like in the real world: 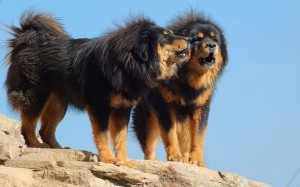 These are Tibetan mastiffs. Again, Bear’s description is perfectly clear; if you know this breed exists, you can recognize her dogs right off.

Plus the food and the clothes and the attitudes created by the nomadic lifestyle and the societal attitudes toward women — the steppes are a good place to be a woman; other places not so much — and the landscape, of course. All very nicely drawn.

And have I mentioned the moons? You should read this series just for the creative astrology!

Okay, more extensive comments after I read the second book. But one more Akhal Teke picture to end, because it doesn’t show the metallic sheen so well, but it’s a GREAT picture: 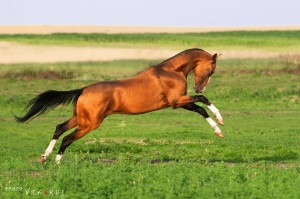 14 thoughts on “Range of Ghosts by Elizabeth Bear”