So! Just finished the third one last night. It was wonderful! But (ahem) I don’t want to get ahead of myself, so let me start at the beginning: 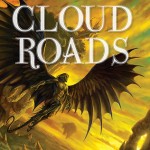 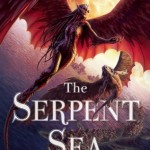 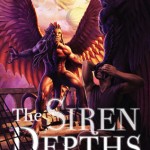 Aren’t those great titles? I find titles hard, so I admire good ones. Aren’t the covers beautiful? Martha Wells told me the artist won a prize for the first cover; I think he deserved to. Being asked to do a cover featuring nonhuman protagonists is surely a challenge, and these covers are lush, beautiful, and quite true to the stories. Even the kind of flying ship featured in the backgrounds for the first and third books are perfectly correct (though the details are probably invisible in the tiny pictures I have here). There really are these two different kinds of flying ships in the books and they really are shown on the covers exactly as they are described in the books. And if you look closely you can see the island below the flying Raksura in the second book? you might be able to see that it’s shaped like the Loch Ness Monster – and that’s exactly how it should be shaped. The artist for these books did a great job. I’m going to keep one of these turned face-out on my shelves so I can enjoy the cover.

I kept catching myself thinking: How DID she come up with THIS idea? Which is funny, since after all people ask me that fairly frequently. But still. This is a beautiful and highly baroque world, where people build cities in, let us say, somewhat odd places. Usually really spectacular odd places. If somebody carved an immense statue into a mountain a thousand years ago, you can bet that somebody else has carved a city into that statue now. And there are at least . . . um . . . three stranger places that that in which we find cities, but I don’t want to give those away, so if you want to enjoy them, you’ll have to read the books.

The description all through is so beautiful. For example, here’s that city built into the statue (from the third book): “As they came closer, [Moon] realized that the lines of the plateau weren’t entirely natural. A great figure had been carved out of the side, into the shape of the body of a groundling seated on a throne. The statue was huge, taking up half the side of the plateau. The proportions were distorted, making the body wider than it was tall, and a large section of the head was missing, but it was still an impressive sight. And so was the city built into it. The statue’s chest and stomach, and the cliff face to either side, had been carved out with balconies, windows, stairways, open galleries. The rock had been shaped into columns, pediments, as if these were the façade of buildings standing along a street instead of hanging out over empty air. The plateau’s broad slopes were riddled with steep gorges, with the gleaming silver bands of streams winding along the bottoms, lined by lush foliage. The streams fed into a large lake covering the statue’s feet. Along its banks, regular rows of greenery and trees revealed planting beds and orchards. . . .”

I’m a sucker for setting, and I love how we get to explore so many wonderful parts of this world, but characterization is even more important. Luckily, I loved the characters. They’re not human – Wells does a great job making them not human – but they’re enough like humans that it’s definitely not a strain to sympathize with them. In fact, they’re quite compelling. Moon is a wonderful protagonist – lost from his people in early childhood, he knows nothing about them when he meets them in the first book. That lets the reader see his people, the Raksura, through his eyes – we meet the Raksura for the first time just as Moon does, and they’re just about as strange to him as they are to us, which I think was really important in drawing the reader into the story. And of course it gives Moon a backstory anybody can sympathize with, a problem anybody can understand, and very believable psychological issues that definitely complicate his life. I mean, he may believe intellectually that Jade isn’t going to abandon him, but he can’t help but feel that she might.

We do meet a LOT of characters, and of course we can’t be given a character sketch of any of them in two words because they’re not human, their society isn’t human, their roles in their society aren’t human – that puts quite a burden on the author, doesn’t it, getting the reader to fall into a story where everything is unfamiliar? Wells does this very skillfully, but I think it’s why many of the minor secondary characters are hard to keep track of. There’s a character list in the back of each book, which I didn’t realize at first. I mostly didn’t need it, though, as it was easy enough to keep the important secondary characters straight. Besides, the third book really deepens the characterization for Moon and the other important secondary characters. And it does this because –

Okay, the plot! I will do this without spoilers, so don’t worry if you haven’t read these books yet.

Book 1 is obviously Moon’s discovery of and by his people and his struggle to fit in (and to believe he might fit in). We also get a very cleanly defined Good vs Evil struggle, because the bad guys who attack Indigo Cloud Court after Moon finds them? Called the Fell? They are very evil. Very creepy. You would not want to encounter one in a dark alley, or anywhere else. So the first book has a very straightforward plot. I don’t know that I would say it’s exactly predictable, though, because the world, the Raksura, and the Fell are all too unfamiliar for many of the details about how things work out to be very predictable.

Book 2 is pretty much a Further Adventures Of Moon type of story – the Indigo Cloud Court moves back west to reclaim ancestral territory, there are problems, which require a quest to recover an object, which becomes complicated. For me, though I enjoyed it, this was decidedly the weakest of the books because the Quest To Recover The Object is so disconnected from the overall plot of the trilogy – the overall storyline involving the struggle between Indigo Cloud Court (and all Raksura) against the Fell. On the other hand, we get to see some pretty spectacular scenery during Book 2. And we do meet other courts of Raksura, which leads in a fairly convoluted way to –

Book 3, where Moon is rediscovered and reclaimed by his birth court. Wow, that is intense. I mean, wow. Here Moon is, having basically succeeded in making a place for himself in Indigo Cloud, and with Jade, and now he’s required to return to his birth court? Where he finds relatives, naturally, as well as his mother, about whom, well, words fail me. I wound up just loving her, but, well, wow. Plus, as you can imagine, the whole situation is extremely fraught, especially for Moon himself, with his abandonment issues. Plus, we’re back to the conflict with the Fell, in a situation that gets rather, um, complex.

I really loved Book 3, which wound up as my favorite book of the trilogy. In fact, I read it too fast and am now going to take some time to re-read some of my favorite parts. This trilogy is DEFINITELY a keeper; I will LOVE re-reading the whole thing in a few years. In the meantime, I’ll be pushing it on everybody who loves great writing, ornate worlds and wonderfully-drawn nonhuman characters. And I am also looking up Martha Wells’ backlist, right now.