Death to the chain mail bikini! is the very proper and catchy rallying cry raised by a post here. This is James Sutton at Booklife, by the way.

Here’s what Sutton starts with:

“If you work in science fiction and fantasy publishing, you’ve undoubtedly heard the phrase “Just put some breasts on the cover.”

And I’m not alone in saying Ick, either. Sutton adds,

“While most folks acknowledge that sex sells, a wide chunk of the audience finds the preponderance of scantily clad women on SF covers offensive.”

And even though Sutton feels compelled to add “regardless of how you feel about gender issues–even if you’re one of those unfortunate Rush Limbaugh fans who call any woman who speaks her mind a “feminazi” which I must say is a stupid gratuitous swipe at, for example, my mother, who is a Limbaugh fan, so thanks, James! — 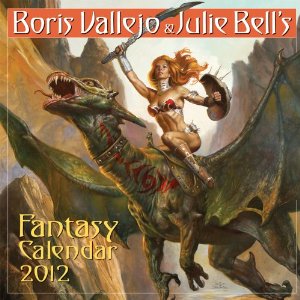 — we’re often talking about women who apparently wander through the world without clothes on important parts of their bodies, and I don’t necessarily mean their tummies: 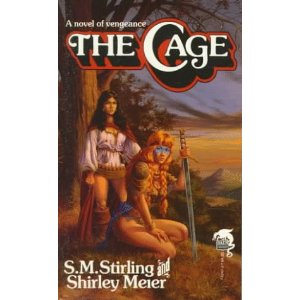 Just sayin’, if you wear nothing on your legs in the woods in the summer, you are going to get chewed to death by bugs. Never mind having your tanned, muscular thighs hacked up by guys who have not only swords but also, you know, armor.

When it comes to books, there’s only one series where chainmail bikinis belong on the covers: 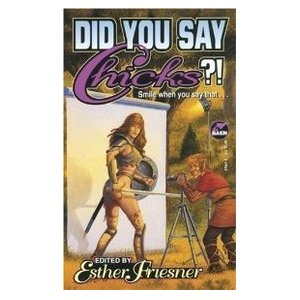 And I actually quite like these stories, btw. They’re funny! My favorite is actually MATHEMAGICS, by Margaret Ball , which has the most awesome chapter numbers EVER.

I have the book, but not with me, so I can’t remember all the chapter headings, but let me just say that anything to the zero power equals “1”. Just for example. And I think the chapter numbers get more challenging as you go through the book. I think there’s one with limits, for example.

Now I want to go get the book of the shelf and read it again! Which is pretty good for a book with a chainmail bikini on the cover.